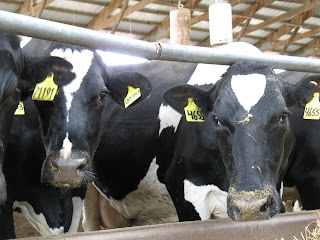 THE ENVIRONMENT REPORT Growing Food with Fumes Big dairy farms produce more than just milk. They also generate manure. Lots and lots of it. That can be a problem for farmers and the environment. I reported on a technology that reduces manure and generates electricity for the public radio program, The Environment Report , which is based in Ann Arbor, Michigan and airs on dozens of stations around the country. The audio is here .
Read more
- July 13, 2009
REUTERS Two indicted in Minnesota on Somali terror charges A federal grand jury in Minneapolis indicted two men on Monday on charges of conspiracy and aiding terrorism overseas, according to court papers. The Minneapolis Star Tribune said on Monday that one of the men, Salah Osman Ahmed, 26, is of Somali descent and lived in a Minneapolis suburb. According to the indictment, Ahmed and Abdifatah Yusuf Isse were charged with two counts of providing material support to terrorists "and resources, namely personnel including themselves," and conspiring "to kill, kidnap, and maim and injure persons outside of the United States" between September 2007 and December 2008. The full story is here .
Read more
More posts