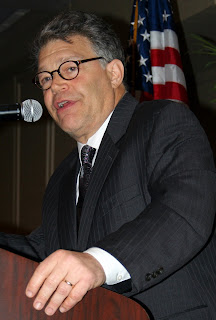 REUTERS Franken declared Senate winner, Coleman concedes Democrat Al Franken, a satirist turned politician, was declared the winner of a Senate seat in Minnesota on Tuesday, clearing the way for President Barack Obama's party to secure a critical 60-seat majority in the Senate. Ending one of the longest Senate races ever, the Minnesota Supreme Court unanimously rejected each of Republican Norm Coleman's five legal arguments that an earlier recount of the November 4 vote had been unfair. Coleman quickly conceded. Franken will become the 58th Senate Democrat, the most the party has had since 1981. Two independents routinely vote with the Democrats, giving the party the 60 votes needed to clear Republican procedural hurdles known as filibusters. However, the party has traditionally had trouble ensuring all its members vote the same way. They will also need to rely on Arlen Specter, a former Republican from Pennsylvania who switched parties in April who has s
Read more
- June 29, 2009