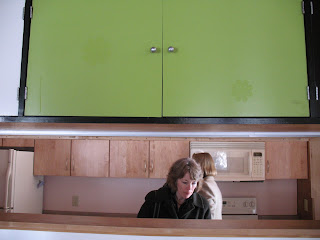 MINNPOST Audio tour of an Alcoa Care-free house Imagine never having to paint your house or put on a new roof. Wouldn't that be great? After World War II, the world's third largest aluminum manufacturer tried to sell America on the idea of living in an aluminum house. The company set up sales offices around the country in an attempt to sell "care-free living." I toured a 1957 Alcoa Care-free House in St. Louis Park, Minn. with architectural historian Charlene Roise. You can listen to that report and see pictures at MinnPost .
Read more
- April 02, 2008 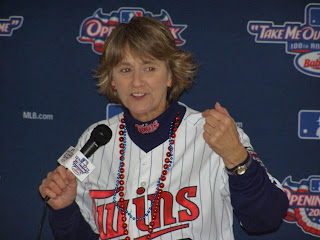 MINNPOST Take Me Out to the Ballgame Major League Baseball is celebrating the song "Take Me Out to the Ballgame" this season. Written by Jack Norworth in 1908, the song was originally performed in vaudeville acts before catching on with fans. At Monday's opener, Twins fans auditioned for a chance to sing the sport's unofficial anthem at an upcoming game . Bryce Jasper of Plymouth loves the tradition of belting out the song during the 7th inning stretch. "Everybody knows it," he says. "Everybody loves it. We all sing it. It just makes you feel good." (Photo courtesy of Minnesota Twins)
Read more
- March 31, 2008 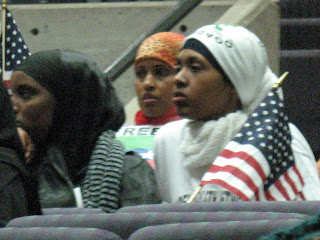 THE WORLD Somali Cause hopes to change U.S. policy Somali-Americans in Minneapolis are trying to focus more attention on the conflict taking place in their homeland. The East African country is driven by violence, as government troops backed by Ethiopia fight against Islamist insurgents. The audio is here .
Read more
More posts