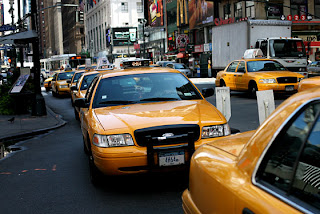 THE WORLD Muslim Cabbies Say 'No' to Alcohol Minneapolis is home to one of the largest concentrations of Somali immigrants in North America. For the past seven months, officials at the airport there have been struggling with how to accommodate the religious beliefs of Somali Muslim cab drivers without inconveniencing certain passengers. Many of the cabbies refuse rides to anyone carrying alcohol. The airport authority wanted those drivers to put special lights on the top of their taxis to identify them as alcohol-free. But that idea was scraped. Now there's a new rule that could put some drivers out of business.
Read more
More posts