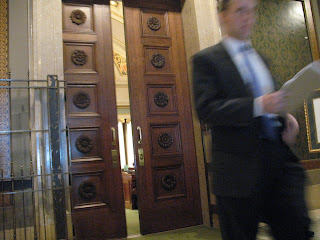 STATELINE Minnesota Legislative Vet Puts Premium on Listening Stately oil paintings of dozens of past governors line the halls of the Minnesota State Capitol. No such portraits exist of legislative leaders. But in the offices of the Senate majority leader, tiny photographs of past leaders are bunched together in a single frame. The last photo shows the current leader, Democratic-Famer-Laborite (DFL) Roger Moe, looking a youthful 36 years old. The year was 1981. Twenty legislative sessions and six election cycles later, Moe still reigns over the 67-member body. The son of farmers from northwestern Minnesota, Moe took charge of the DFL caucus at a time of huge budget shortfalls caused by a recession. ""It was an extremely stressful time," Moe says. "We had many, many special sessions. It was a very difficult time for the state." And a trying time for Moe, who was attempting to move out from under the shadow of his predecessor, political heavyweight Nick Col
Read more
More posts